“We continue to deliver improvements in our top and bottom lines driven by sales growth and disciplined cost management. Delivering on the potential of our DuraBind offering is our number one priority in 2018,” said Jeff MacDonald, CEO of EcoSynthetix. “Our recent commercial win for Durabind in OSB with a global top 10 producer of wood-based panels demonstrates the progress we are making in the wood composite market. In today’s pricing environment, the manufacturers showing the greatest interest are those already using pMDI resins. DuraBind offers them an opportunity to reduce their use of pMDI, which lowers their costs while still retaining performance. We are committed to achieving profitability in the near-term through a combination of new account wins in the wood composites and paper markets and through continued focus on cost management.”

Gross profit was $1.1 million for Q1 2018, compared to $0.8 million in the corresponding period in 2017. The 31% increase was primarily due to higher average selling prices and higher sales volumes, partly offset by increases in manufacturing and freight costs.

Selling, general and administrative expenses (SG&A) were essentially unchanged at $1.3 million for Q1 2018, a $0.05 million increase compared to the corresponding period in 2017. The slight increase was primarily due to higher people related costs.

Research and development (R&D) costs were $0.6 million for Q1 2018, compared to $1.3 million for the corresponding period in 2017. The change was primarily due to lower people related expenses, lower third-party development costs and lower mill trial related costs.

Foreign exchange was a nominal loss for Q1 2018, compared to a nominal gain in the same period in 2017.  The change was primarily due to the translation of cash balances denominated in Canadian dollars and exchange rate fluctuations between the Canadian dollar versus U.S. dollar.

Adjusted EBITDA loss was $0.9 million for Q1 2018, compared to a loss of $1.5 million for the corresponding period in 2017. The 40% improvement was primarily due to an increase in gross profit, principally due to higher sales volume and lower operating expenses.

EcoSynthetix will host a conference call Thursday, May 10, 2018 at 8:30 AM ET to discuss its financial results.  Jeff MacDonald, CEO, and Robert Haire, CFO, will co-chair the call. All interested parties can join the call by dialling (647) 427-7450 or (888) 231-8191. Please dial in 15 minutes prior to the call to secure a line. A live audio webcast of the conference call will also be available at www.ecosynthetix.com. The presentation will be accompanied by slides, which will be available via the webcast link and the Company’s website. Please connect at least 15 minutes prior to the conference call to ensure adequate time for any software download that may be required to join the webcast.

Certain statements in this Press Release constitute “forward-looking” statements that involve known and unknown risks, uncertainties and other factors which may cause the actual results, performance, objectives or achievements of the Company, or industry results, to be materially different from any future results, performance, objectives or achievements expressed or implied by such forward looking statements. The forward-looking statements in this Press Release include, but are not limited to, statements regarding the Company’s plans to execute its commercial strategy, convert late-stage industrial trial prospects into customers and expand the number of lines and the volumes at existing customers, and other statements regarding the Company’s plans and expectations in 2018. These statements reflect our current views regarding future events and operating performance and are based on information currently available to us, and speak only as of the date of this Press Release. These forward-looking statements involve a number of risks, uncertainties and assumptions and should not be read as guarantees of future performance or results, and will not necessarily be accurate indications of whether or not such performance or results will be achieved. Those assumptions and risks include, but are not limited to, the Company’s ability to successfully allocate capital as needed and to develop new products, as well as the fact that our results of operations and business outlook are subject to significant risk, volatility and uncertainty. Many factors could cause our actual results, performance or achievements to be materially different from any future results, performance or achievements that may be expressed or implied by such forward-looking statements, including the factors identified in the “Risk Factors” section of the Company’s Annual Information Form dated March 6, 2018. Should one or more of these risks or uncertainties materialize, or should assumptions underlying the forward-looking statements prove incorrect, actual results may vary materially from those described in this Press Release as intended, planned, anticipated, believed, estimated or expected. Unless required by applicable securities law, we do not intend and do not assume any obligation to update these forward-looking statements. 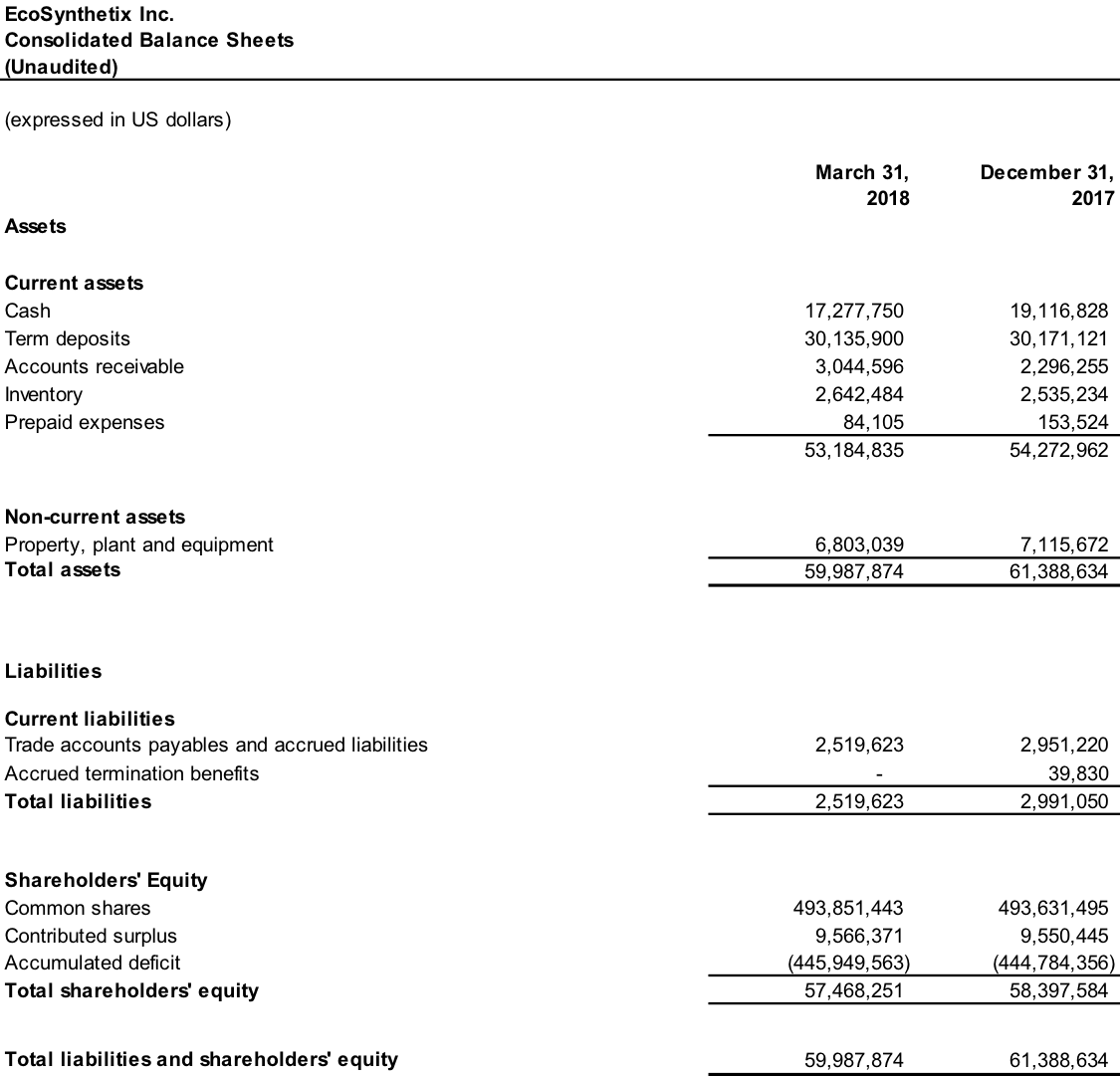 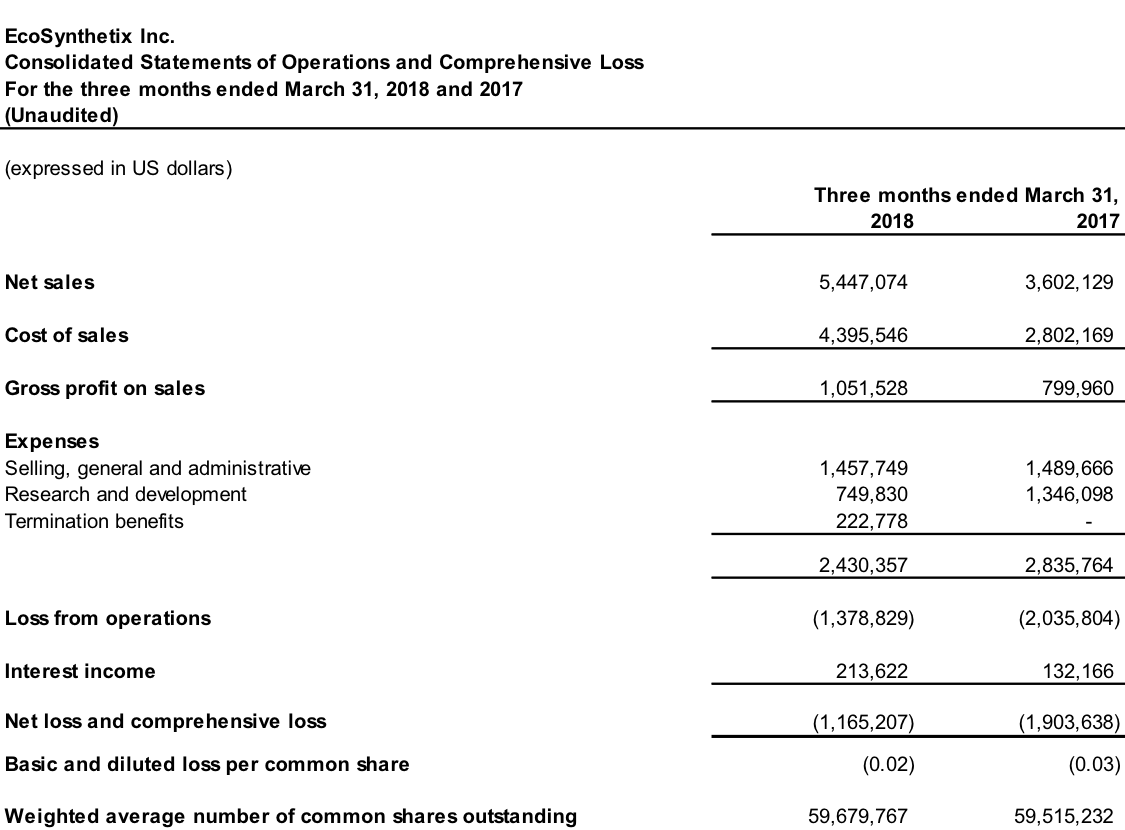 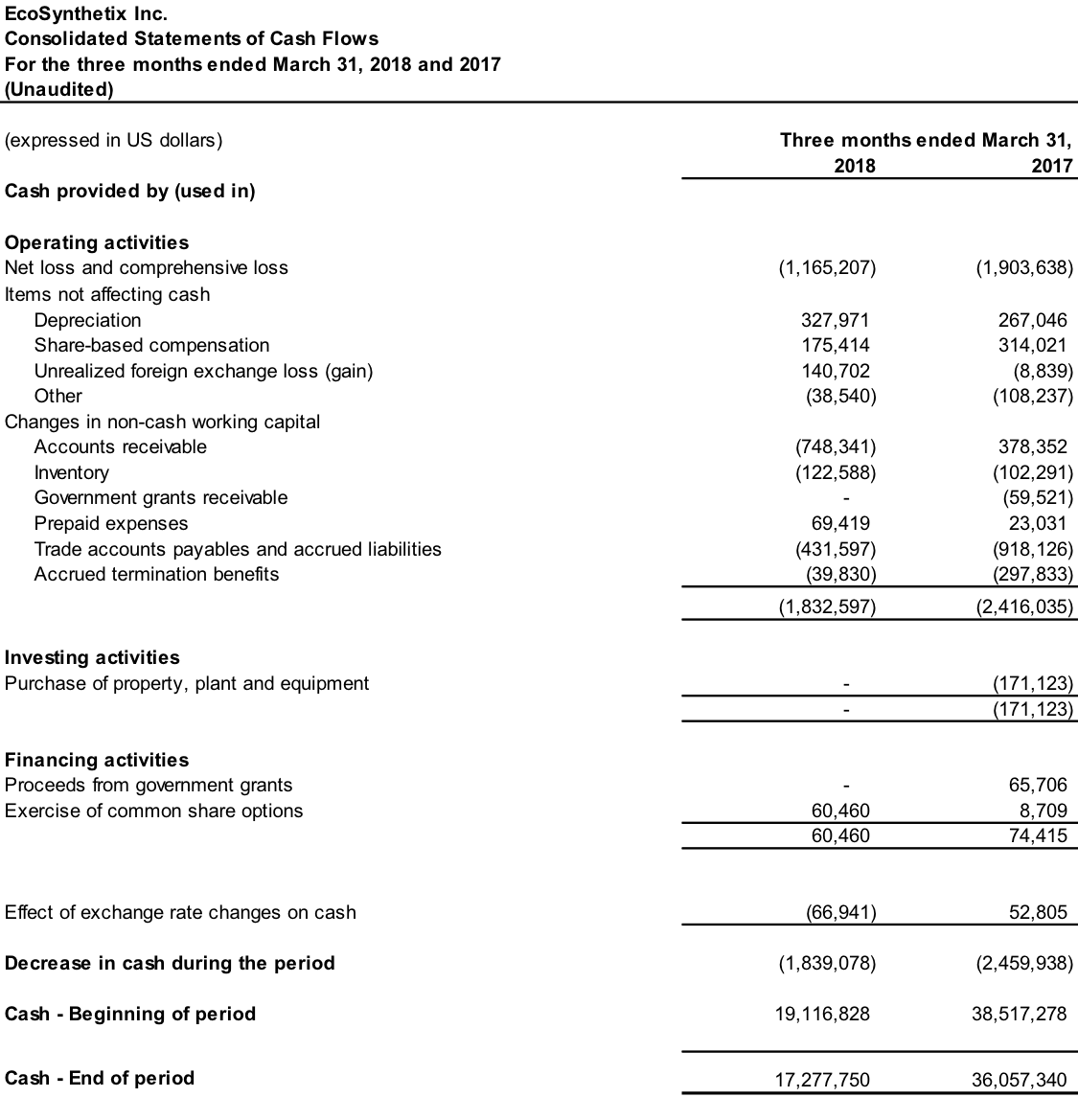