“Our number one priority is the conversion of industrial trial prospects into customers for our DuraBind™ offering that targets the wood composites market,” said Jeff MacDonald, CEO of EcoSynthetix. “Our stronger financial results in the quarter reflect an improvement in the fundamentals of our paper and paperboard markets. At the same time, the pricing for pMDI, the co-binder that DuraBind works with, has been significantly higher due to unprecedented pMDI supply challenges which has temporarily reduced the urgency for change.  However, the wood composites manufacturers we are engaged with believe change is inevitable. Major retailers, like Walmart and The Home Depot, have joined IKEA by recently announcing new guidelines that call for the elimination, reduction or transparency through labeling, of formaldehyde containing products. Manufacturers recognize that as consumers and retailers increasingly demand No-Added Formaldehyde (NAF) alternatives for their homes and shelves, our DuraBind offering provides an effective and safer, bio-based alternative at a cost comparable to conventional formaldehyde-based wood composites binders.”

Gross profit was $1.0 million and $2.8 million for Q3 2017 and YTD 2017, respectively, compared to $0.4 million and $1.3 million in the corresponding periods last year. The increases in gross profit were primarily due to higher average selling prices and higher sales volumes partly offset by increases in transportation costs.

Selling, general and administrative expenses (SG&A) were $1.2 million and $3.7 million for Q3 2017 and YTD 2017, respectively, compared to $1.2 million and $4.4 million for the corresponding periods in 2016. SG&A expenses were flat in the quarterly period as lower discretionary spending was offset by an increase in people related costs. The decrease in the YTD period was primarily due to lower discretionary spending.

Research and development (R&D) costs were $0.9 million and $3.3 million for Q3 2017 and YTD 2017, respectively, compared to $0.9 million and $3.1 million for the corresponding periods in 2016. Lower government grants recognized in Q3 2017 were offset by lower discretionary spending. The increase in the YTD period was primarily due to lower government grants recognized in 2017 compared to 2016.

Foreign exchange loss was $0.1 million for Q3 2017, compared to a nominal amount in the same period last year.  The Company recognized a nominal loss in YTD 2017 compared to a gain of $0.1 million in the corresponding period last year. The change was primarily due to the translation of cash balances denominated in Canadian dollars and exchange rate fluctuations between the Canadian dollar versus U.S. dollar.

Adjusted EBITDA loss was $1.0 million and $3.7 million for Q3 2017 and YTD 2017, respectively, compared to a loss of $1.6 million and $5.9 million for the corresponding periods in 2016. The 37% improvement in each of the respective periods was due to higher gross profit and lower operating expenses in the 2017 periods.

EcoSynthetix will host a conference call on Tuesday, November 7, 2017 at 8:30 AM ET to discuss its financial results.  Jeff MacDonald, CEO, and Robert Haire, CFO, will co-chair the call. All interested parties can join the call by dialling (647) 427-7450 or (888) 231-8191. Please dial in 15 minutes prior to the call to secure a line. A live audio webcast of the conference call will also be available at www.ecosynthetix.com. The presentation will be accompanied by slides, which will be available via the webcast link and the Company’s website. Please connect at least 15 minutes prior to the conference call to ensure adequate time for any software download that may be required to join the webcast.

Certain statements in this Press Release constitute “forward-looking” statements that involve known and unknown risks, uncertainties and other factors which may cause the actual results, performance, objectives or achievements of the Company, or industry results, to be materially different from any future results, performance, objectives or achievements expressed or implied by such forward looking statements. The forward-looking statements in this Press Release include, but are not limited to, statements regarding the Company’s plans to execute its commercial strategy, convert late-stage industrial trial prospects into customers and expand the number of lines and the volumes at existing customers, and other statements regarding the Company’s plans and expectations in 2017. These statements reflect our current views regarding future events and operating performance and are based on information currently available to us, and speak only as of the date of this Press Release. These forward-looking statements involve a number of risks, uncertainties and assumptions and should not be read as guarantees of future performance or results, and will not necessarily be accurate indications of whether or not such performance or results will be achieved. Those assumptions and risks include, but are not limited to, the Company’s ability to successfully allocate capital as needed and to develop new products, as well as the fact that our results of operations and business outlook are subject to significant risk, volatility and uncertainty. Many factors could cause our actual results, performance or achievements to be materially different from any future results, performance or achievements that may be expressed or implied by such forward-looking statements, including the factors identified in the “Risk Factors” section of the Company’s Annual Information Form dated March 30, 2017. Should one or more of these risks or uncertainties materialize, or should assumptions underlying the forward-looking statements prove incorrect, actual results may vary materially from those described in this Press Release as intended, planned, anticipated, believed, estimated or expected. Unless required by applicable securities law, we do not intend and do not assume any obligation to update these forward-looking statements. 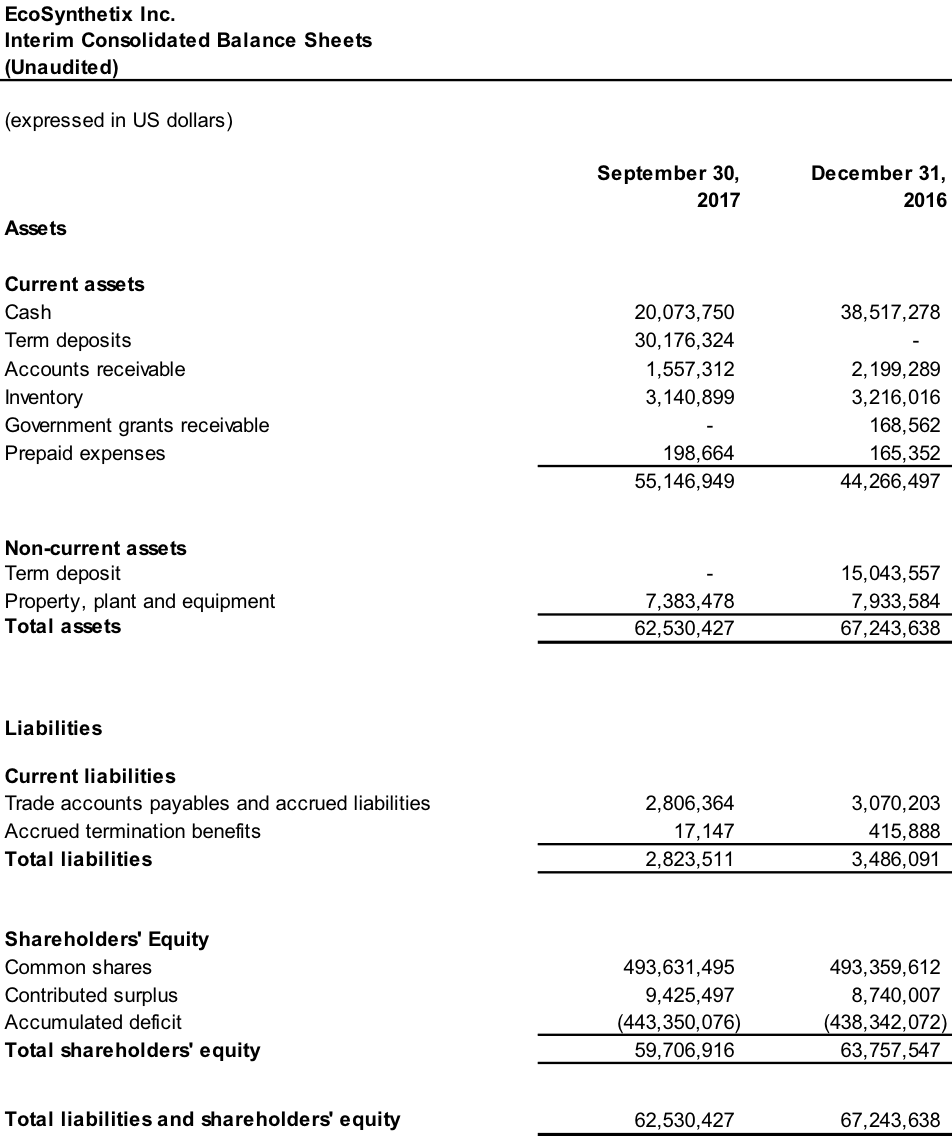 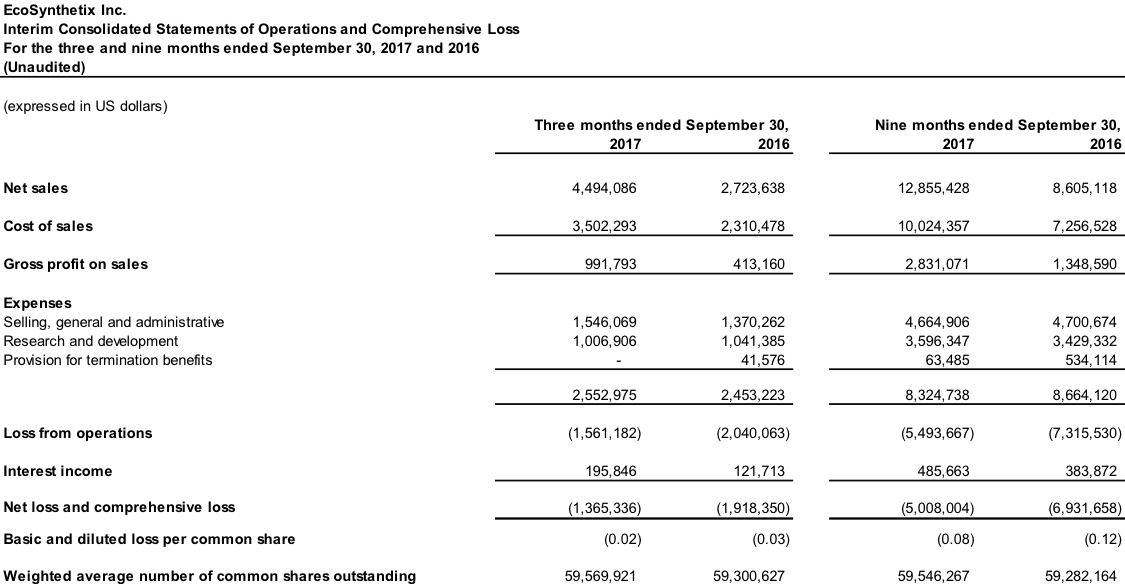 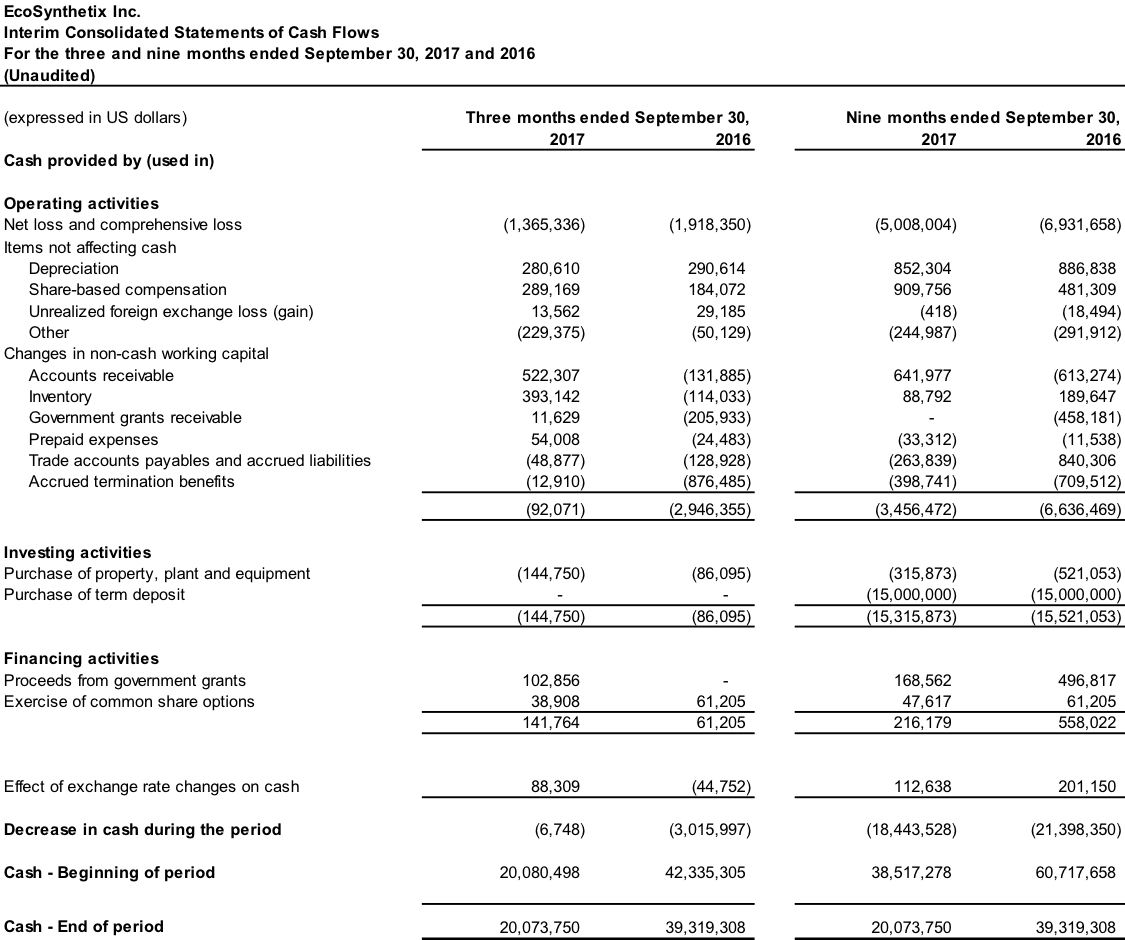